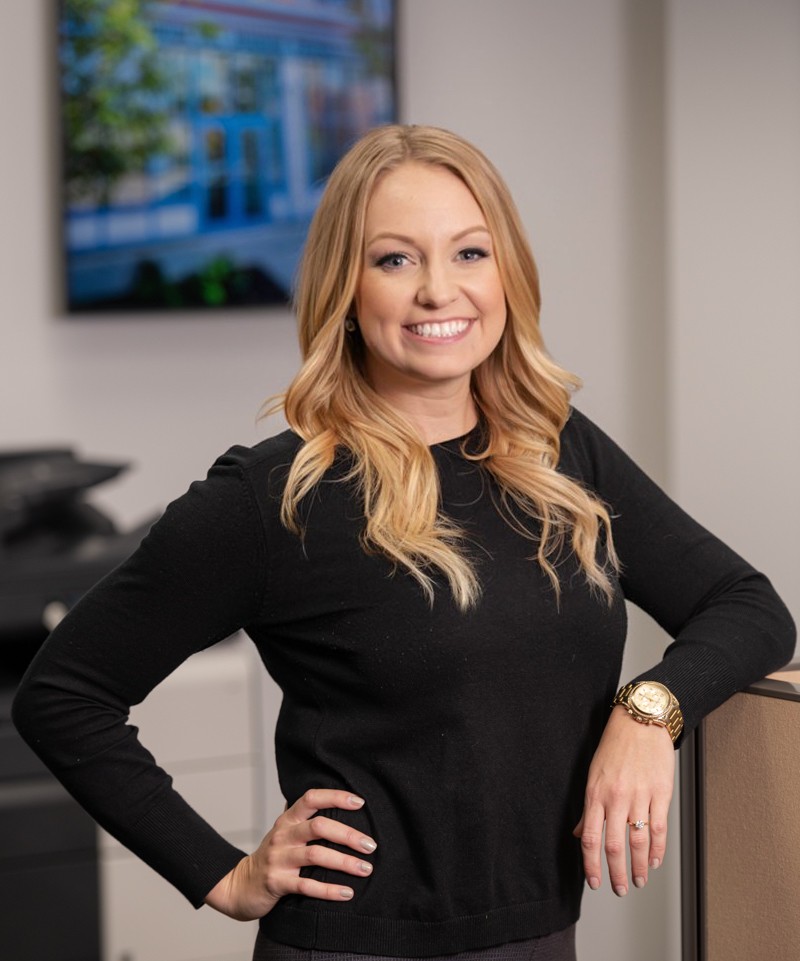 Kate has been with Copier Fax Business Technologies since February 2017.  She works as the “bridge between sales and service,” by training customers on the new equipment, while also working with the sales people to ensure a smooth transition as a CFBT partner.

Prior to Copier Fax, Kate worked as the Director of Marketing for The Financial Guys, LLC, and as a Human Resource Recruiter for Skyline Ohio, located in Cincinnati, Ohio.

In March 2015, Kate was awarded the National Demo Champion at the Konica Minolta Dealer Conference in Newport Beach, California.  This challenge entailed several steps, including competing in the regional round, followed by competing for the territory title in New York City, and finally the honor of becoming the Champion.

Each territory from across the country had a representative competing for the ultimate title, with attendees of the conference viewing their demo videos and voting for the winner.

Prior to this, Kate was featured in the Cannata Report “Working Class Heroes:  From the Streets to the Executive Suites” in 2018.

The article, titled ” Working Class Heroes:  From the Streets to the Executive Suites,” which highlighted various positions and duties that can be found at independent dealers.  The article featured dozens of other industry leaders, ranging from owners of the company, to Service Leaders, Sales Executives and more.